A complaint form is a legal evidence for complaining against facts; it is used to support a claim against some specific parties. It actually is a description of the problem and it also contains all the procedures that a person has followed to resolve the problem by itself and prior to reaching the point where a person no longer know how to proceed. A complaint form consists the following things: 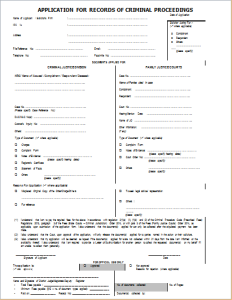 A criminal complaint is a file that is issued by the court and it confirms that the suspect has done a crime, this complaint form is usually filed by the prosecutor and police is also taken in cooperation with it. The complaint is registered by the victim of the incident against a suspect and the form includes:

A sample of this form is given here. Download 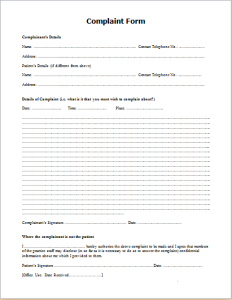 The patient complaint form is for patients who are not satisfied with the doctors who provided the treatment for their illness as the individuals have all the rights to complain if the treatment is not received in the way they deserve. After filing, it has to be sent to the medical council where they would investigate the matter, including what things are being missed or neglected by the doctor. The complaint is considered so that they can take an action and it contains the following things: 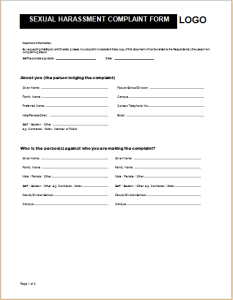 To harass a person because of the person’s sex or gender is against the law. This includes sexual harassment, unwelcome sexual advances, requests for these kinds of favors, and any other demand of sexual nature and apart from this it can also include offensive remarks about an individual’s sex. A sexual harassment complaint form contains the following things: 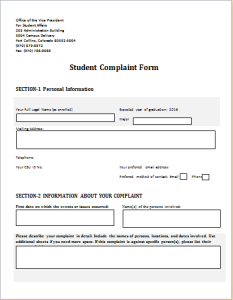 The student complaint form is used to submit a formal complaint and by using it, a student can file a complaint against his/her problem. The student needs to fill the following in the form: